How Threat Actors Use Phishing & Other Methods To Launch Backdoor Attacks 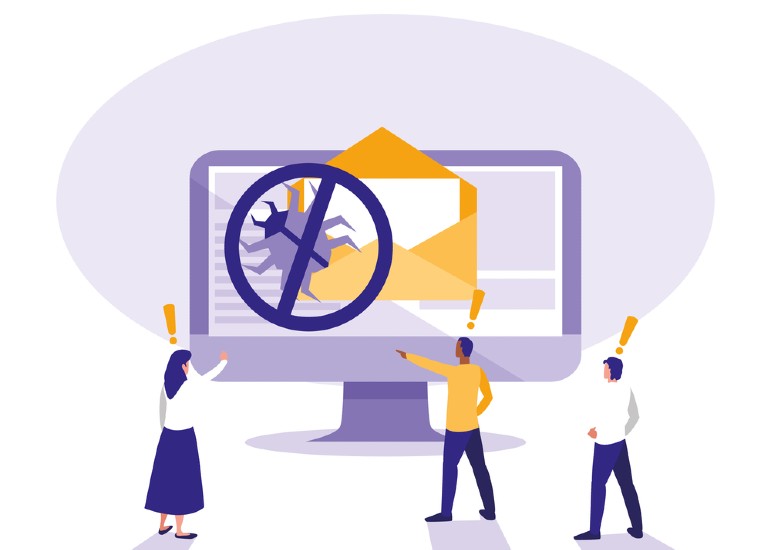 Some of the world’s most audacious cyberattack attempts or incidents have happened due to the presence of backdoors. Though backdoors are of particular help for developers who create them for troubleshooting, they can be destructive when in the hands of cyber-attackers. Only up-to-date and robust cybersecurity practices can counter backdoor exercises. Most development teams create a customized backdoor that helps them maintain the software well. 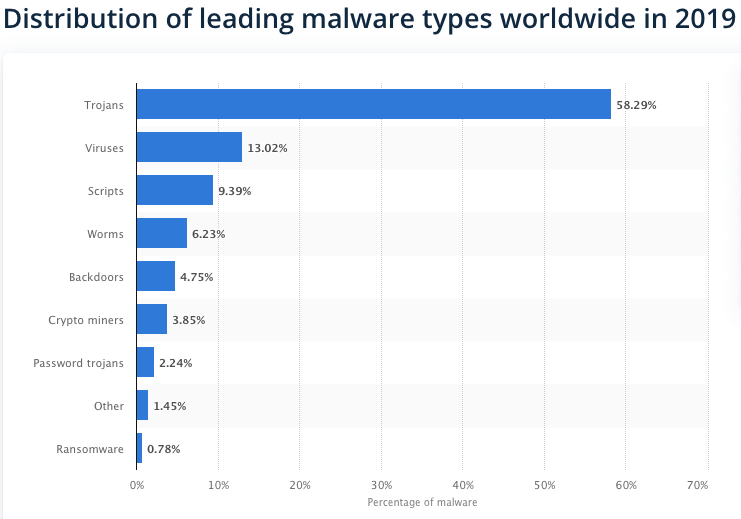 As the above graph amply illustrates, Trojans have been one of the most significant challenges for IT Security teams across the world. These malicious codes can enter the system through the backdoor and infect the entire network. This survey is also testimony to how important it is to upgrade software and hardware continually. Backdoor-specific incidents have also shown a steady rise, and IT Security specialists have to deploy security measures and critical controls, including anti-phishing solutions.

How Do Backdoor Attacks Work?

Backdoors are of many types. Most of them are legitimate components in the infrastructure put in place by the vendors themselves for maintenance purposes. However, backdoors are usually in the news for the wrong reasons. They could be malware put in place by malicious actors who use it to access information systems and networks illegally.

A malicious backdoor can be a first-line backdoor, which would imply that it is used as a staging ground for other malware downloads. However, in most cases, the malware module itself acts as the backdoor.

Backdoors are not just limited to procured software or hardware but also encryption. Both encryption algorithms and network protocols have the potential for the presence of backdoors. A malicious actor can always figure out the pattern and infiltrate the encryption structure.

Detecting a backdoor is a tedious affair. It requires considerable time, effort, and skills to identify a backdoor by the IT Security teams. Detecting backdoors requires sophisticated programs that scan systems and networks. An ideal way to identify their presence is by analyzing the network packets. Protocol Monitoring Tools are usually used for the detection of backdoors. They observe and analyze the network packets and arrive at inferences based on the findings.

While the ideal scenario would be to eradicate the need for backdoors, most developers create backdoors in products to maintain them properly. These gaps may be taken advantage of by malicious actors who would use it to access the system and, ultimately, the network. The ideal way to prevent the presence of backdoors would be to adhere to security best practices and robust anti-phishing measures. Effective protocols must be in place which will act as the guiding light. Simple tasks like not trusting every software present in the market, firewalls guarding every system and the entire network, upgrading systems regularly, and continuously monitoring them need to be followed. One can also use application firewalls that restrict traffic through open ports. Some of the best practices are elaborated on below.

Awareness On The Backdoor Attack Challenge

The first and foremost step that needs to be taken to counter malicious attempts on the system is to train the staff. Employees are the greatest strength and the weakness of any organization. Therefore, regular training and awareness sessions need to be conducted to prevent them from falling prey to phishing activities.

The IT Security team has the arduous task of continuously monitoring systems and networks and looking out for signals that may indicate an imminent attack. Such scans can help them detect backdoors that may become a gateway to the network’s core and hence a likely target.

Most legacy software and hardware cannot cope with modern computing rigors. Moreover, many of them are not even compatible with the constant security patches that vendors and manufacturers keep issuing. As a result, these software and hardware systems will, in most cases, fail to respond to current threats and hence, are immensely vulnerable. Therefore, organizations must invest in state-of-the-art systems, which will act as a barrier against any illegal attempts to enter the system or network.

The Victory Backdoor is one of the most noteworthy incidents uncovered involving a malicious attempt to target entities through a backdoor. A Southeast Asian government was being kept under constant surveillance through previously unknown malware.

The attacks originated through spear-phishing emails and infected Word Documents. The attackers used these files to gain initial access to the network. The malware also took advantage by exploiting the older vulnerabilities of the Microsoft Office security system. As researchers have suggested, Victory Backdoor, the premise of this malicious exercise, had been under development for three years by a Chinese APT.

The attackers sent a series of emails targeting government officials. They used spoof emails resembling legitimate government documents and dispatched from other departments. As per research reports, the attachment was weaponized to take advantage of the general lack of awareness of the staff and the network security vulnerabilities.

The Victory Backdoor aimed to steal information while providing constant access to the target. It can take screenshots, manipulate files, access all sections of the Windows software, and shut the system down.

The Victory Backdoor is a stark example of how malicious actors use technology to disrupt information systems and networks and cause immense harm. Therefore, the organization needs to invest time, money, and effort to build robust prevention methods and keep valuable information resources secure at all times.