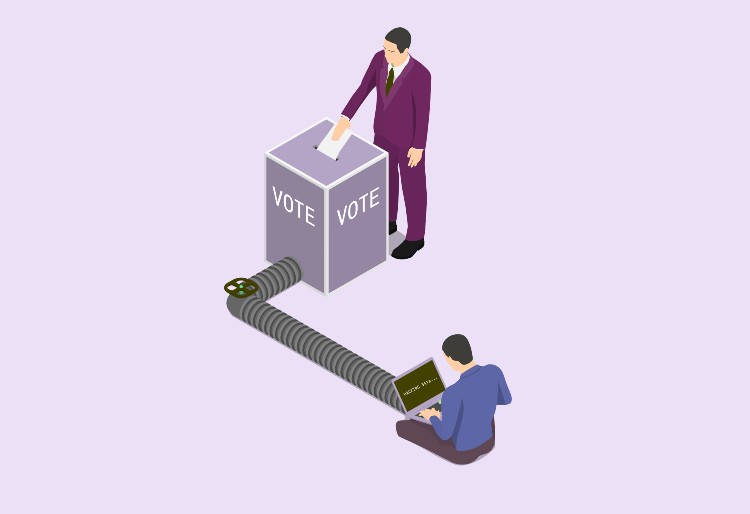 If it’s time for a big election, you can be sure the scammers will take advantage of that in the next round of phishing attacks. But, election-related phishing attacks may not target who you think. Rather than go after voters, who aren’t accustomed to having to provide credentials in response to an election-related email, the hackers “target political parties and campaigns, think tanks, civic organizations, and associated individuals,” according to CISA (Cybersecurity & Infrastructure Security Agency), a U.S. federal agency responsible for the nation’s cyber infrastructure and readiness, which issued the warning.

From an article on Tripwire referring to the agency’s notification, “The security agency noted that malicious actors could use a successful phish to lay the groundwork for secondary attacks. For instance, those nefarious individuals could use a compromised password to conduct password spraying attacks against multiple web accounts of a single user. They could also use an exposed set of credentials to launch brute-force attacks.”

The warning couldn’t have come at a better time. According to the Tripwire article, “This bulletin arrived on the same day when Microsoft revealed that malicious actors from Russia, China and Iran were launching digital attacks against both campaigns in the 2020 U.S. presidential election.”

To combat these attacks, CISA recommends political targets incorporate multi-factor authentication (MFA) in all email accounts. And while there’s nothing wrong with using MFA, we’ve also seen that it can be defeated by motivated attackers. So, by itself, MFA will not provide adequate protection. So, what else is needed?

The perfect complement to MFA is cloud-based email security with real-time link scanning technology like that available from Phish Protection. Unlike MFA, which tries to keep the bad guys out, Phish Protection assumes everyone is a bad guy and acts accordingly. It checks every link in every email, all the time, looking for malicious anything. And when it finds it, it quarantines the email so it can’t do any harm.

Here’s hoping those involved in the upcoming election wise up and take advantage of technologies like Phish Protection. There’s no reason they can’t. Because it’s cloud-based, Phish Protection works with all major email services and sets up in just 10 minutes. Ten minutes to ensure an uncompromised election. Doesn’t seem like it’s too much to ask.

If you’re involved in the upcoming election, help protect its integrity with Phish Protection. You owe it to your country. Try it free for 60 days, which will take you up to the election.