What Makes Government Departments A Prime Target For Cybercrime Such As Phishing Attacks? 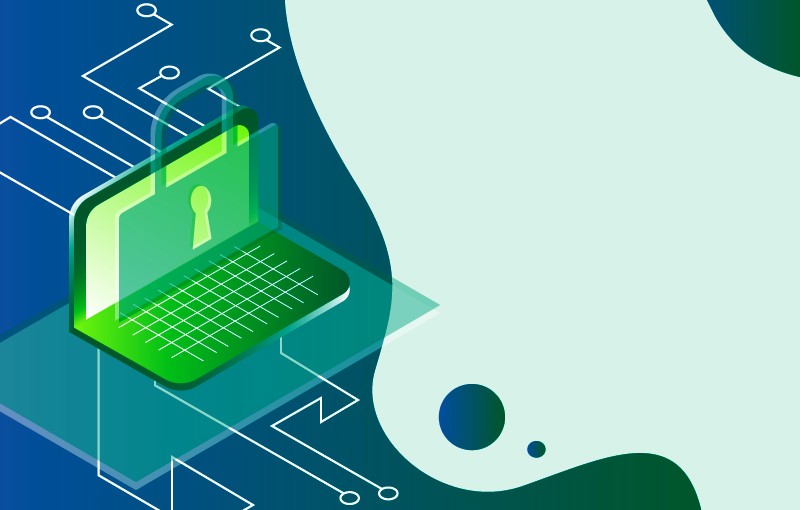 Cybercrime is one of the primary forms of menace in the online world. Threats like phishing and ransomware attacks have been around for a long time now. Despite the best effort of agencies, both public and private, it does not seem to slow down. From breaking into information system networks to stealing data to impersonations, cybercrime has covered it all. With time, it has grown exponentially. And government departments are highly vulnerable to such attacks due to various reasons.

What Makes Government Departments A Prime Target For Phishing Attacks?

The amount of value an attack would return is a prime attraction to the phishing agents. Government departments store a wealth of information at every level related to the country and its residents. Malicious actors understand the importance of government departments at all levels, such as the municipal, local, state, or central levels. This information can provide immense insight into the behavioral patterns and lives of the inhabitants. The market value of such data would be enormous on the dark web.

Cyberattacks on government departments have always been on the rise. It demands governments raise cybersecurity expenses with each passing year, as is evident from the below graph. 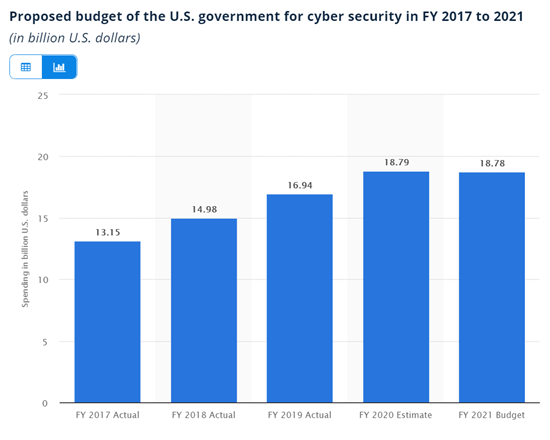 The following are the dominant reasons that render government information networks and cybersecurity infrastructure highly vulnerable to cyberattacks.

Malicious actors keep observing the security of the IT Infrastructure. Unlike private concerns, which have the budget to shore up their IT Security Infrastructure, many government departments are perennially hamstrung for money. Governments walk a tightrope when it comes to financing. The budgetary allocation for investing in cybersecurity systems is often inadequate, thereby leading to gaps in the overall cybersecurity infrastructure.

Another major shortcoming of government departments is that they are usually short-staffed, especially in domain-trained staff. Cybersecurity being a specialized subject, is often left to the contractors to maintain the Government IT backbones. Malicious actors always look for loopholes in such a system. They take advantage of the vacuum that is created out of the arrangement.

Phishing techniques prey on the human psyche. A human being will always act positively towards a known source. Malicious actors take advantage of the lack of cybersecurity awareness and anti-phishing training among staff in government departments. Thus, a government employee could inadvertently direct the con person towards critical areas in the government database.

The continued usage of legacy hardware and software in government departments is another pertinent aspect of cybersecurity. Local governments, out of budgetary constraints or a reluctant mindset, hate change. Hence, hardware and software that are way past their prime are continued to be used. It creates extensive vulnerabilities and opens a veritable gateway for malicious actors to exploit.

The activities are not just limited to phishing. There have been repeated instances of other threats such as ransomware attacks, which have taken serious proportions over time.

How Can Governments Prevent Cyber Attacks On Their Systems?

The government departments have to take earnest initiatives and follow strict protocols to efficiently curb the ever-increasing threats of phishing and ransomware attacks, as described below.

It is the greatest weapon against phishing and other cybercrimes. Without adequate knowledge-sharing and awareness sessions, it is impossible to stand up to cyber threats. The government needs to be vigilant and build capacities to churn out cyber-proficient employees who are well aware of the implications of following cyber protocols. The said governments also need to standardize the training methodologies to spread cybersecurity vigilance equally across the board. All information about protection against phishing needs to be spelled out clearly.

Fostering An Ecosystem Of Cooperation

Every Government department has to work towards the common goal of prevention of cyber-attacks in various forms such as phishing and ransomware. Hence, an ecosystem based on the premise of cooperation is highly required. State and local governments will not have the wherewithal to fight this war alone and need central assistance. The Federal Government usually has the resources to assist the other governance levels and must extend full help.

The government must monitor all their IT systems 24×7. It can do it either through contractors or by having a dedicated IT Infrastructure department to handle IT emergencies. Any attempt to disrupt such a system will produce warning alerts, and the department can take emergency action to prevent any further damage.

The Federal Government has to ensure that all the levels of governance have updated IT systems. It is essential from the IT Security point of view. Investing in more robust and state-of-the-art infrastructure would ensure smooth operations of governance. The governments should use every capability to protect sensitive information.

What Can You Do As An Employee To Thwart Such An Attack?

The foremost duty of an employee is to protect his or her area of responsibility. Unable to do so may be equivalent to a criminal offense, and he or she may be charged for dereliction of duty. Other than that, they must also regularly follow healthy cybersecurity practices such as the ones mentioned below:

The weakest link of any organization is also its strength if adequately nurtured. The individual employee is the most significant guarantee against wrongdoing. And to strengthen this wall of protection, the organization has to invest in them. They can do it through training and awareness programs and upgrading existing systems. Phishing is one of the biggest reasons for the loss of data, and government departments have to be particularly vigilant against them.