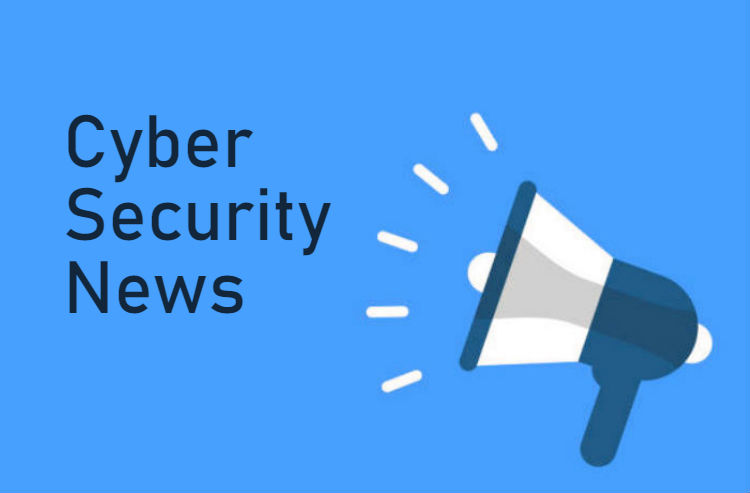 The domain of cybersecurity or information security is always abuzz with new activities all the time. Every moment, many attackers are brainstorming to conspire the next big attack to steal sensitive personal information or financial data and also to wreak havoc on the confidentiality, integrity, and availability of the enterprise’s data. Cybersecurity is a growing concern, and enthusiasts find it intriguing to keep them abreast of every progress that takes place in the digital world. Hence here is a compilation of the most severe and recent cyber updates for all those who wish to know, learn something new, and keep themselves updated about the cyber world.

Internet-Linked Cars Might Lead To Death In The Near Future

As protection from phishing becomes a graver concern, and people become more vigil, we see a parallel ignorance towards cybersecurity in the world of automobiles. With car companies embracing the latest technology and incorporating the same in their vehicles, the consumers are now more vulnerable to fatal cyber-attacks. These technologies come with state-of-the-art provisions of accessing features of your car and controlling them. Internet-Connected cars surely make our lives easier. But, if you start the engine and air conditioning of your vehicle and update its location on your mobile phone, then so can anyone else. These facilities of linking vehicle’s safety-critical systems with the internet do not come with the required security measures. Hence, relying on them blindly can be fatal and may even lead to thousands of deaths in the event of a massive cyber-attack.

How Did The Apprehensions Emerge?

A Los Angeles-based Consumer Watchdog expressed its concerns on the same in a report titled “Kill Switch: Why Connected Cars Can Be Killing Machines And How To Turn Them Off.” Based on an analysis involving several other whistleblowers, they speculate that in the eventuality of a mass cyber-attack during rush hours, as many as 3,000 people may die.

Huawei Comments On The Allegations Of Threat To U.S. National Security

In response to a decision passed by Trump in May this year which restricts U.S. companies from selling parts to Huawei, the chief security officer of Huawei USA – Andy Purdy, shared his thoughts. He announced that Huawei poses the same threat to U.S. national security, that telecommunication companies from other nations do. Instead of imposing a direct ban, he wishes that the U.S. government incorporates risk mitigation programs for Huawei, similar to Finland’s Nokia and Sweden’s Ericsson. Other nations across the world like Germany and the U.K. have taken up similar measures to keep trade relations with China intact. Purdy suggests that the U.S. too takes up steps rather than dismissing trade altogether.

He claims that there were no allegations of any significant cybersecurity issue against Huawei, but the threat from attackers is not entirely baseless. So, Huawei carries out the required scrutiny and tests on the products of all vendors. It performs these tests conforming to the international standards, to uphold trust through verification, and ensure phishing protection.

Attacks On ATMs On The Rise

ATM’s are becoming the latest target of hackers. The U.S. Secret Service shared two videos which show two instances of broad daylight ATM looting. Attackers who disguise themselves as technicians, go to department stores which house the ATMs near their entrance, work on the ATM for about 30 minutes and then install their device. After the device is set-up, another part of their team – the cashing crew comes in and cashes out the machine.

From late 2017 to early 2018, these attacks have cost $3.5 million to various financial institutions, and the figures are only escalating.

The global managing partner of X-Force Red, Charles Henderson, has said that they are continually making attempts to get ahead of these attackers. Since the ATMs are online and connected to the internet, it becomes difficult to ensure protection from phishing attacks, and this is the most significant vulnerability that attackers target.

In the latest cyber attack this month, hackers have brought down the tender awarding online portal of one of the southern states of India. The state government portal (https://eproc.karnataka.gov.in/) which went down now had a message that said that the site is under maintenance. The outcome of this attack, which targeted mainly the refund section of the website, was rescheduling some of the tenders with immediate closing dates in August.

Post the identification of the attack, the portal, which is a part of the e-commerce department, was brought down. The Cyber police, along with the Indian Computer Emergency Response Team, registered the complaints. Investigations continue to finding the roots of the attack and ensuring further phishing prevention.

The attackers couldn’t get through the encrypted bids and tenders section. However, they managed to gain unauthorized access to the refund section, which revealed the details of funds which contractors shall receive when they complete the work. 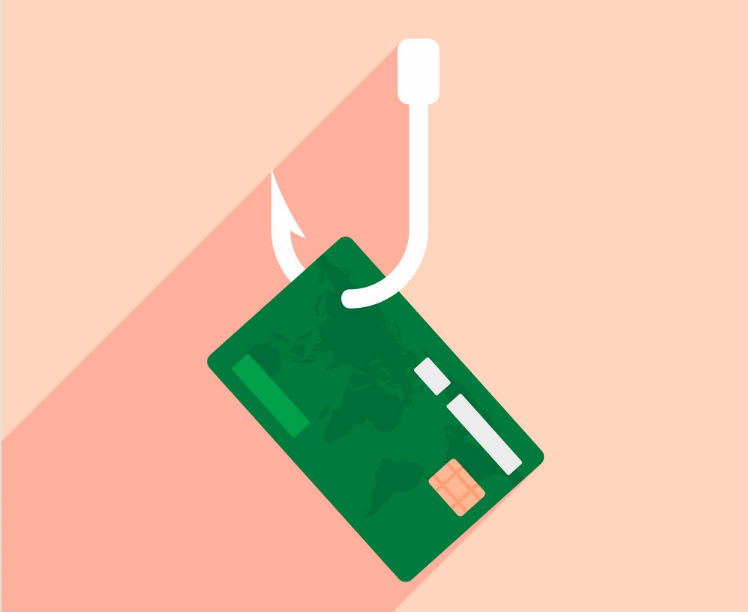 A malware is doing rounds on the web, particularly on YouTube since January, defying various anti-phishing solutions. It lures gamers into believing through fake videos that they provide cheat tools for popular games such as “Counter-Strike: Go” and “Apex Legends”. However, it is a malware named Baldr which, when clicked by a viewer, instantly steals credentials and passwords, banking, payment and credit card data. Even Bitcoin wallets, VPN credentials, and instant messages are not safe from Baldr. As per research by Sophos Labs, the malware can also take information stored in a browser’s cache. These include popular browsers, such as Google Chrome, Mozilla Firefox, and Microsoft Edge, as well as the less famous ones such as Yandex Browser and Pale Moon.

Baldr is a seemingly simple and effective malware that scans through an infected computer, steals required data and then quits. It cannot be spread peer-to-peer. It quickly does its assigned task of compressing and encrypting files and forwarding it to the hacker. It then vanishes silently, but before disappearing, Baldr takes a screenshot of the infected machine.

North American online clothing store, Poshmark recently underwent a significant data breach.  It led to the loss of information such as usernames, hashed passwords, first and last names, gender information, and city of residence of users. Not only this, but the hacker also managed to steal clothing size preferences, user emails, and social media details of users stored with Poshmark. Poshmark facilitates buying and selling of used or unused clothes, shoes, and accessories. The online clothing store denied disclosing the actual dates of the breach. However, they did offer some solace by assuring that no financial data or user addresses were compromised in the offense.

What Steps Is Poshmark Taking?

As their first anti-phishing move after the breach, Poshmark is now informing all customers about the breach through email. The company said the compromise was of only the details of users in the U.S. and that those from Canada remain unaffected. Although they did not reveal the exact figures for the number of people affected, it has a user base of 50 million+ users.

A spokesperson from Chile’s Electoral Service affirmed the authenticity of the data, but he did not accept that the breach was from their faulty server. Although the lost data is two years old, corresponding to the data of 2017, yet it doesn’t bring back the private information of the multitude of people involved. This data loss is a result of the inefficiency of the Chile Electoral Service in ensuring protection against phishing and other cyber-crimes.

The most recent and popular threat to companies worldwide – the credential stuffing attack has recently hit Insurer State Farm. The cyberattack attempted to steal the account details of U.S. based customers of State Farm using a list of user I.D.s and passwords from the darknet sites.

The Organization has did not confirm any fraudulent activity. The exact number of affected users is unknown as yet. But, State Farm advised users to change their passwords from time to time and ensure that the password isn’t something easy to guess or decipher. Users have also been asked to use multifactor authentication whenever they can and to timely review their accounts for signs of unusual activity.

Anti-phishing protection and antivirus maker ESET detected a new windows malware strain. This malware uses infected computers to carry out the spam campaigns of attackers. But what strikes most about the malware is its hidden function that records the victim’s activities using the webcam, every time he/she visits an adult website. Known as “Varenyky,” the malware is active since May 2019 and is functioning only in France.

Varenyky uses spam emails with shady invoices that infect users, and once done successfully, and the malware sends out spam of its own. The primary targets of these outgoing spams are the French users. The Varenyky initially sent out spam including emails promoting links to dodgy smartphone promotions. Since late July, it started sending out sextortion emails.

The Peculiar Feature Of Varenyky

As per claims by malware operators, in the spam emails that were sent out, they attacked the computers of users and recorded them when they visited any adult websites. But, this isn’t entirely true. Varenyky doesn’t record the recipients of the random emails, but it does record users who visit adult websites. This recorded video goes to the Varenyky’s command and control server, located on the Tor network.

The recording sounds strange, but it remains a mystery as to what the malware does with the recorded videos. As per ESET’s reports, the malware is relatively new and therefore features get added and removed very fast. They shall probably blackmail victims later using these recorded videos and demand money from them, but such a thing isn’t happening as of yet.

Database With Details Of Escorts Left Exposed In Spanish Brothel

Details of as many as 3,350 escort girls were left exposed online by a Spanish brothel chain that runs “Men’s Clubs” in Barcelona and Valencia. The leaked details include real names, dates of birth, age, nationality, and body details – such as height, weight, chest size. The leaked data also mentions if the girl had natural breasts or had breast enlargement surgery, and the reviews they received from customers. It also includes descriptions of the girls updated by the company’s staff, such as “has gone back to Venezuela,” “thin with a spectacular silhouette,” “Columbian, has curves, not that pretty” etc., in addition to the financial details of the club.

Bob Diachenko of Security Discovery first discovered this faulty database, and it is unknown for how long the database was left unprotected on the web. However, the MongoDB database was brought down soon after Diachenko informed the company about it. Prostitution is a topic often avoided and a profession that is looked down upon. Hence, Diachenko wants the name of the company behind these men’s clubs to remain anonymous as revealing their true identities shall leave them vulnerable to the emotional, physical, and reputation attacks and criticisms of people.