Recent FIFA 22 Incident and Phishing Attacks in the Gaming industry 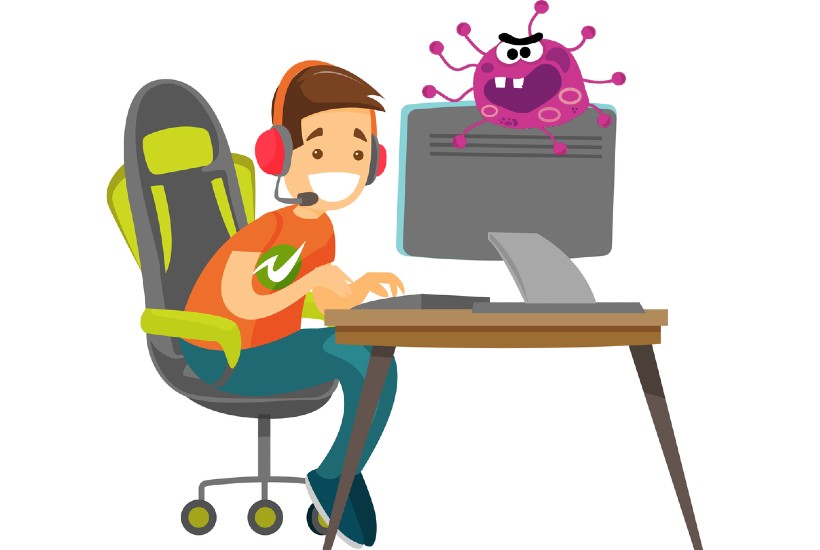 There has been an unprecedented rise in gaming during the last few years, with smartphones making it more popular than ever. The gaming industry is valued at $165 billion, with current estimates of over 3.4 billion players worldwide. From a handful of game developers in the early years, the industry now has many options, ranging from individual contributors to substantial gaming providers, rolling out games by the dozen.

However, this also has given an opportunity to cyber adversaries by providing them with a means to target millions of gamers.

Phishing in the Gaming Industry And The Recent FIFA 22 Incident

The recent phishing incident involved the illegal intrusion of FIFA 22 Ultimate Team’s traders at the gaming giant EA. The malicious actors infiltrated their accounts and drained them off points and in-game currency. In a press interview, EA sources stated that they have taken cognizance and are investigating the matter in earnest. They have confirmed that several accounts were compromised, and they would make their findings public.

A preliminary investigation has revealed that the breach happened at the customer service stage. Malicious actors gained access to private accounts using social engineering techniques. Though the number of affected accounts is less than fifty, it is still a concern for the organization. Phishing leaves doubts about the organization’s ability to safeguard confidential data. Exploiting human vulnerabilities through threat or mock familiarity is an old method that has been in vogue for a long time. EA is undertaking a host of remedial measures to prevent any future mishaps.

The list of remedial measures being undertaken by the gaming giant is as follows:

There is also a warning from the gaming giant. It says that such adverse cyber incidents are not random, and adversaries will keep attempting to intrude further into their system once in a while. They have asked for greater vigilance with better techniques and awareness in place.

The Gaming Industry and Phishing

While the EA sports phishing attack has been one of the biggest in recent years, the industry has been plagued by such incidents over the years. According to Akamai, the gaming industry has been the biggest victim of phishing attacks. It stated that since 2018, there had been an increase of 415% in web application attacks on the gaming attacks. The number stood at 240 million attacks in 2020. Gamers have been at the brunt of such attacks through credential stuffing or stealing.

A Lesson For Other Industries

While this is the latest attempt on a gaming organization, such malicious incidents have a lesson for everyone. Malicious actors do not identify organizations and are merely after valuable data, such as customer information. This data is then sold on the dark web. To protect their interests, organizations should be following the below-listed precautions and safeguards:

Some of the best phishing protection software may not cost a lot of money. The market has many anti-phishing solutions, and organizations must upgrade their systems regularly. IT Security is no more an extension for IT Hardware and System Maintenance. It is a specialized domain and needs to be handled by experts.

Removal of Legacy Hardware and Software

This is in addition to installing state-of-the-art solutions to prevent attacks like phishing. Legacy software and hardware cannot handle new-age threats, and the latest security patches are primarily incompatible with them.

Most phishing attempts are made through plain-looking emails. It drives curiosity, forcing the victim to visit sites that dupe them. The best answer to stopping phishing emails is to install anti-phishing solutions for emails. Such control measures prevent malicious emails from entering the inbox and direct them to the trash bin. They also flag potential threats as and when they appear.

Perhaps the most crucial aspect of the anti-phishing drive is training. Employees need to be aware of the threats phishing poses to the organization and the various methods used by the adversaries to gain illegal entry. Network security sans situational awareness is a half-baked attempt to counter the menace. Organizations have to spend adequate resources to update their security posture to prevent any malicious effort that can occur at any time.

The gaming industry has shown an extraordinary rise over the past two decades; however, so have the phishing attacks on this sector. Numerous organizations before EA games have fallen victim to such attacks, one of the foremost perils of the 21st century. The FIFA 22 incident at EA has lessons for everyone in the gaming industry and even other sectors. Therefore, every organization has to be alert and maintain the most robust safeguards to ensure the confidentiality, integrity, and availability of the valuable data in their possession.