Cybersecurity Updates For The Week 24 of 2020 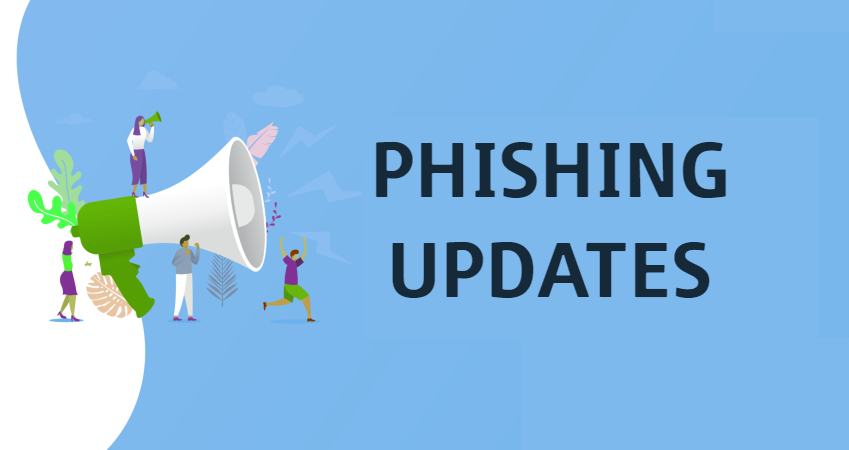 The cyberspace withstands serious threats every instant. These cyber-attacks are manageable with the right phishing prevention measures. However, along with an appropriate anti-phishing service, one must also have a profound knowledge of recent cyberattacks to have a better idea about what really is going on out there. Therefore we bring you the latest security headlines as nothing can be as informative as firsthand accounts of cyber attack survivors.

The domain of the Japanese cryptocurrency exchange Coincheck underwent a hack recently, which has probably compromised the details of over 200 of its customers. The hack happened earlier this week, where the adversaries accessed the DNS records for the coincheck.com domain and changed the files to redirect incoming emails to the hackers’ inbox.

All emails received by Coincheck between 31st May and 1st June are vulnerable. The details compromised in the attack include the sender’s email address, name, registered address, date of birth, phone number, ID Selfie, among other information. Coincheck is taking measures to prevent phishing attacks and has already changed the domain records since the attack.

Defying phishing protection measures of even NASA, the notorious ransomware DopplePaymer recently announced that it had infected the network of NASA’s IT contractor – Digital Management Inc. (DMI). DMI provides IT services to many Fortune 100 companies and government agencies.

The ransomware could exfiltrate files from DMI’S NASA-related infrastructure and have posted 20 archive files on the dark web to extort NASA into paying them a ransom. It has also published a list of 2,583 servers and workstations that are part of DMI’s internal network.

Attackers have recently released over 100,000 scanned copies of IDs belonging to Indians in the dark market. These documents include their Aadhaar, PAN card and Passport. Researchers found that no government system is responsible for this breach. They assume that it’s some third party asking people to update their KYC whose network has been compromised.

The hacker claims to possess IDs belonging to Indians from different parts of the country. People are advised to monitor their bank accounts and protect themselves from phishing strictly.

The smartphone manufacturer has finally released a patch (LVE-SMP-200006) in his May 2020 security update for a vulnerability (CVE-2020-12753) that has been present in its Android smartphones for seven years now.

CVE-2020-12753 affected the bootloader (a firmware specific to each smartphone vendor) of LG smartphones. It was discovered by US software engineer Max Thomas in March 2020.

To add to the woes of ransomware attacks and extortion campaigns, REvil (Sodinokibi) has recently launched an eBay-like auction site to trade in stolen data. The data that was previously released for free as revenge against companies that refuse to pay a ransom shall now be auctioned.

REvil has already put up the details of a recently hacked Canadian agricultural company for sale at a starting price of $50,000 in Monero cryptocurrency. Protection from phishing is no longer the only concern for firms with evil actors like Sodinokibi in the picture.

A lawsuit has been filed against the Atlanta-based pediatric home healthcare provider – Aveanna Healthcare for mishandling a data breach that took place between 9th July 2019 and 24th August 2019. This attack compromised the details of over 166,000 individuals.

All e-learners using 8Belts are advised to take measures to ensure protection from phishing attacks, particularly those in Spanish-speaking countries.

The Nipissing First Nation underwent a ransomware attack recently, which affected all its departments. But the breach was well managed by NFN, and it couldn’t change their network much.

NFN’s staff took the right measures for protection against phishing and could successfully stop the attack. They collaborated with an independent security firm and found that no personal or confidential information has been released in the attack.

The app notified people that it takes all anti-phishing protection measures and that they have nothing to be afraid of because the app hasn’t been breached. Users should remain vigilant and adopt phishing prevention best practices.

Joomla team is adopting anti-phishing solutions and asking JRD users to change their passwords and to look out for any unusual activity in their accounts. Although the risk factor is low for this attack and Joomla authorities claim that the exposed information was already public, nothing justifies the careless act of leaving hashed passwords and IP addresses open.

In its defense, Joomla said that they conducted a full security audit of the JRD portal immediately after discovering the breach.