Learn Everything You Wanted to Know About The Types of Malware

What is Malware? It is a shortened form for “Malicious Software”. Malware is a piece of software created by hackers and cybercriminals with the intent of getting unauthorized access to your system. And once the malware enters your system, it can inflict several substantial damages such as data theft by adversaries, data deletion, modifying and deleting confidential files, and so on.

Hence, it is vital to understand the different types of malware, how they might affect your system, and how to prevent malware attacks. 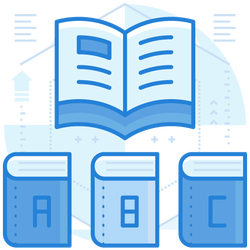 Worms have existed since even before viruses, as you can trace them back to the days of mainframe servers. When the technology for email came into existence, worms came into notice, and even today, they have been ravaging computer systems around the world.

Worms are hazardous because even if a single system in a network is infected, it corrupts the whole network altogether. Worms can spread through software vulnerabilities and phishing attacks.

Read : How to protect your computer from malware

Some of the prevalent worm attacks include the SQL Slammer; I Love You Worm, MS Blaster, etc.

Once worms infect your system, they can do severe damage by:

Viruses are one of the most common types of malware. When the system gets infected with a virus, it modifies existing files in your command, and once some file gets opened, the virus automatically gets activated.

With the advent of various anti-virus scanners, virus infection has come down to a certain extent. Unlike other malware types, viruses are the only ones that infect your other files.

A bot is a piece of software injected into your computer through malware attacks that can be controlled remotely by cybercriminals. They can use the bot to launch attacks on your computer or create a collection of bots to form a botnet across a network. One of the critical aspects of botnets is that they can spread across millions of systems without leaving even a trace of existence.

When awareness about worms spread across computer users, hackers started finding other ways to replace them. And one such thing is a trojan horse. Unlike infections, trojans exist in your system as legitimate files.

It never raises suspicion but is almost always contained with some malicious code. Trojans spread through email or when people visit a malicious website. One of the most infamous trojan horses is the fake antivirus alert. You will get an abrupt message pop up that your computer is infected and instruct you further to clean it immediately. It creates a sense of urgency in users who fall for the scam, run the program, and install the trojans.

Ransomware is the type of malware that denies access to your files. Not only does it restrict access, but it demands payment for some amount in the form of cryptocurrency to grant you access to your data again. One of the famous ransomware attacks is “WannaCry” that happened in 2017. It infected computer users across 150 countries, and the damages from the attack estimate to several millions of dollars.

Adware is another common type of malware that mainly shows ads that may not be relevant to you. But some malicious adware will forward you to infected sites when clicked. Some adware and scams can also slow your system down.

As the name suggests, spyware works in the background, secretly monitoring and recording all your activity. It also collects all your personal and financial information, including your name, email, usernames, passwords, which is possibly sold on the black market. Spyware usually comes along with freeware software distributed on the internet. Once the freeware gets installed in your system, the spyware also gets installed automatically and starts its malicious activities.

Phishing is the most common attack, bothersome to enterprises all over the world. Phishing doesn’t involve exploiting a vulnerability in your system or doesn’t require you to install some software to inject malware into your system. The technique is undemanding as hackers send emails that look like emails sent from a trusted source, and when one downloads any attachments in the email or click any links, malware infects the system.

MORE : How to prevent malware

Malware protection is critical today, and hence, it is better to install a versatile security solution that detects viruses, worms, phishing emails, bots, spyware, and alerts you immediately. Expectantly, the above article has provided you with all the basics you need to get you started with learning on different types of malware and protection against malware. 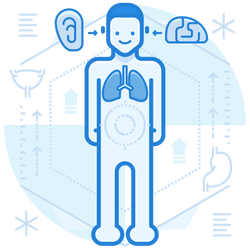