Tips On How To Prevent Malware Infection

What is Malware? As the name suggests, malware or malicious software is the software created with destructive motives. A malware usually does more harm than good and cripples a user’s system until either a ransom is paid or a system goes down. Malware is created and spread over other devices by the attackers who are on the lookout to steal personal information, card details, passwords, and other private whereabouts of people or organizations.

Malware and Trojan often eliminate specific elemental components from an operating system, which hinders its processing and efficiency. In cases of malware incompatibility with the device, there are chances of server failure or sudden and unprecedented increase in spam traffic, which again adds on to the problems of making a system less efficient.

Malware is solely created to steal data and attack the privacy of a user. If successful, such an attack proves disastrous irrespective of the victim being an organization or an individual. Data theft and data loss are detestable and irreversible issues and hence are the biggest threat from malware attacks. 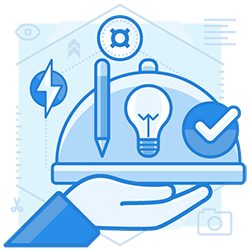 To ensure protection against malware, it is imperative to first know about its subject matter accurately. There are several types of malware that have surfaced over the years. Some of these are:

Worm: It is a single piece of malware that spreads itself from one device to another.

Virus: It usually works like a sub worm that functions within infection and spreads its malicious content after that.

Spyware: Spyware refers to malware that functions as a spy without the knowledge of the user. It spies on the behavior of the user while sending and receiving data or while operating the system and then sends this information to the attacker.

Rootkit: A rootkit is a software that allows the attacker to access and control a computer or a system. It is called rootkit because it contains a kit of tools that try and gain root access over a network and enable the attacker to cripple it gradually.

Adware: A type of malware that compels a browser to redirect to web advertisements. These advertisements are the ones promoted by the attacker and try to auto-download other malicious software.

Ransomware: Ransomware is unique in the sense as it steals and locks data by encrypting them until the time a victim agrees to pay the ransom. A victim is usually unable to recover the encrypted files on his own, and therefore, has to pay the ransom and incur a huge loss.

Cryptojacking: Yet another dark horse type of malware attackers use is cryptojacking wherein a crypto mining malware infects the user’s system and uses his CPU cycles to mine Bitcoin to benefit the attacker.

Trojan: Unlike worms and viruses, trojans do not multiply, but they can lure a user by pretending to be something that the user may want. But this does the trick for the attacker and makes a user activate the trojan, which then spreads and does the damage.

How To Prevent Malware Attacks?

After discussing the ghastly and disastrous effects of the different types of malware, it is vital to figure out how to protect your computer from malware so that it cannot harm your system and your files negatively. Following are a few ways in which one can ensure malware protection:

Update anti-virus: Constantly reviewing and checking whether you have the latest and updated version of your anti-virus.

Update operating system: An updated operating system makes you less vulnerable malware or other cyber attacks. Hence having the latest version of the OS is fundamental to answering the question of how to prevent malware attacks.

Securing the network: Using unprotected Wifi networks to download or upload files online can expose you to unimaginable threats. Hence it is always wise to use WPA or WPA2 encryption.

Be wise on the web: It is also a pertinent responsibility of the user to show awareness while on the internet and refrain from clicking on links without adequately analyzing the source or subject. These are often the gateways leading to cyber attacks.

Strong passwords: Having strong passwords provide bare minimal protection against malicious hackers. Also, changing passwords from time to time and keeping them as confidential as possible are other vital factors to ensure malware protection.

Logging out of websites: we are often too quick in logging in to various sites, creating accounts, setting passwords, and then forgetting about them, which makes things easy for an attacker. We must remember to log out of all websites we log in so that we do not leave any chance for cybercriminals to attack. 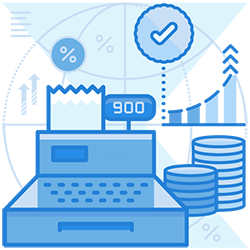 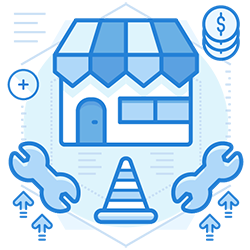 No matter how vigilant we are, an attacker will always manage to get through. Hence, it is wise to take preventive measures to minimize the repercussions in case some malware manages to break into your system. Having 2-3 backups, a secure password, some anti-malware or anti-virus software installed are some easy, quick, and effective ways to prevent malware attacks.